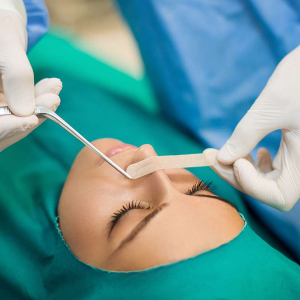 A rhinoplasty operation is more commonly referred to as a ‘nose job’, it is an operation which is performed to change the shape or size of the nose.

Why is rhinoplasty performed?

Rhinoplasty may be performed on patients who are unhappy with the appearance or aesthetics of their nose.

Rhinoplasty surgery can either make the nose smaller, larger, change the shape, or change the angle that exists between the nose and the top lip.

What happens during rhinoplasty?

The operation is carried out under general anaesthetic, meaning patients are not awake during surgery. The procedure can take anything from one hour and a half to three hours. It is likely patients will need to stay in hospital or at the clinic overnight, or for a couple of days.

Before the operation, patients need to attend an initial consultation whereby their expectations will be discussed. A thorough examination will be performed, and photos of the face and nose will be taken. In addition, basic morphing photos will be provided demonstrating potential postoperative outcomes in addition to seeing examples of other patients pre and postoperative photo outcomes. Importantly a second consultation will be offered in order to enable further questioning before the surgery takes place.

The risks of the surgery will be discussed in detail and patients will be asked to sign a disclosure form.

After the operation, it is recommended patients take two weeks off work in order to recover. However, results of the procedure may not be visible until a few months later. Driving will not be possible for a couple of days post-surgery so transport home from the clinic or hospital would need to be arranged.

Stitches can usually be removed after a week, if they are not the dissolvable kind. If a splint has been provided, this may be able to be removed at this stage too. After three weeks, bruising and swelling should be significantly reduced. Patients can expect to return to playing sports and higher intensity activity at about four to six weeks.

Recommended aftercare instructions will be given by your doctor, including:

Doctors can prescribe pain medication such as paracetamol to help with any pain. Nosebleeds may be experienced for the first few days after surgery, and there will be some swelling and bruising which will go down after time.

What is septorhinoplasty surgery?

Dr Peter Andrews performs a significant number of septorhinoplasty surgery operations both on the NHS and privately and is an international leader in this type of surgery, including revision surgery.

Why is septorhinoplasty surgery performed?

Septorhinoplasty surgery is generally recommended to treat any problems arising from a severely deviated septum and nasal valve weakness. Other potential issues include:

What happens during surgery?

The surgery is performed under general anaesthesia.

The rhinoplasty can be either be a closed procedure by making an incision within the nose or an open procedure where the surgeon makes an incision at the base of the nose.

In revision surgery additional cartilage may need to be harvested from either the ear or rib in order to better support the nose and improve nasal breathing.

After the surgery, an external cast will be placed on the nose, which will be removed less than a week after the procedure.

Before the surgery, patients will have an initial appointment which involves a full history and endoscopic nasal examination where a better understanding of nasal blockage symptoms will be evaluated. The full history will explore the possibility of an allergic or non-allergic rhinitis background as well as a history of asthma or eczema. A CT scan of the nose and paranasal sinuses may well be recommended. The examination of the nose will evaluate the septum and internal and external nasal valves as well as an endoscopic examination to determine whether there is coexistent rhinitis, sinusitis or polyps.

Patients will need to have an ECG, blood pressure measurement, blood test and urine test and, if relevant, quit smoking and stop taking anticoagulants and platelet aggregation inhibitors, to avoid any complications (such as epistaxis) during the procedure.

Patients will be in hospital for one day after the surgery. However, complete recovery may take several months (from three months to potentially a year). It is common to feel pain in the nose and experience nosebleeds in the week immediately after the surgery.

Avoid smoking in the days after surgery. Patients should also avoid any strenuous physical activity, keep their head lifted while sleeping and make sure they don’t blow their nose for some time after the procedure.

Patients can return to work roughly one week after the rhinoseptoplasty. The plastic surgeon will generally recommend periodic check-ups to monitor the recovery process. 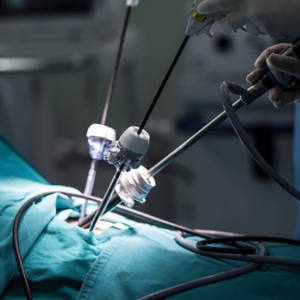 What is endoscopic sinus surgery?

Functional endoscopic sinus surgery is the standard operation performed for chronic rhinosinusitis (CRS).  CRS is a combination of nasal blockage with nasal discharge lasting more than 3 months; it can also affect the sense of smell and cause facial congestion. CRS can involve nasal polyps which are grape like swellings caused by inflammation.

Endoscopic sinus surgery involves using a small telescope with a camera on the end which is inserted into the nose and enables the surgeon to perform keyhole surgery. The aim of this surgery is to remove nasal polyps as well as open the sinus openings which are often blocked in CRS.  Surgery is done under general anaesthetic.

Balloon Sinus Dilation of the sinuses is a less invasive surgical technique which dilates the sinus openings without tissue loss. It is ideal for mild to moderate disease and can be performed under general or local anaesthetic.

Why is endoscopic sinus surgery performed?

This surgery is done when there is chronic nasal and sinus inflammation, especially in chronic sinusitis, nasal polyps, or acute recurrent sinusitis that has not responded well to medical treatment. The treatment aims to restore normal nasal sinus function through a minimally invasive surgical procedure. This surgery is also used for septoplasty, turbinate surgery, closure of cerebrospinal fluid fistulas, and orbital decompression amongst others.

What happens during endoscopic sinus surgery?

A nasal decongestant should be used before dissecting the nose. A thin optic fibre is inserted in the nasal fossa to be able to view the sinus openings. The abnormal or obstructive tissue is removed. After surgery any bleeding points will be checked on, and in some cases nasal packing will be done to prevent haemorrhages, or silicone sheets will be placed to prevent the walls sticking to each other and forming anomalous scars.

Surgery tends to last between one and three hours depending on the complexity of the case. The nasal cavities are blocked with coagulant foam and special sponges that dissolve, or plugs that can be taken out easily.

Before surgery a sinus CT scan will be carried out to ensure the best form of treatment is planned. Preoperative tests will also be done, as the surgery is performed under general anaesthetic. The patient is normally in for a short stay surgery, admitted for only one night. The patient should fast for 6 to 8 hours before the procedure.

The nose is usually blocked, so the patient can’t breathe through it. If bleeding occurs, a gauze will be placed under the nose. For the first 3-4 days, the patient is advised not to smoke, drink alcohol, or physically exert themselves. Patients are also advised to rest at home, avoid blowing their nose, and sit in a position that reduces blood flow to the head, head congestion, and bleeding. Patients should follow a soft food diet and drink plenty of fluids for throat dryness due to nasal packing.

It is not a painful procedure, but it can cause discomfort. Anti-inflammatory medication is generally prescribed. Antibiotics may also be prescribed to prevent an infection of the retained mucus.

This website uses cookies to improve your experience while you navigate through the website. Out of these cookies, the cookies that are categorized as necessary are stored on your browser as they are essential for the working of basic functionalities of the website. We also use third-party cookies that help us analyze and understand how you use this website. These cookies will be stored in your browser only with your consent. You also have the option to opt-out of these cookies. But opting out of some of these cookies may have an effect on your browsing experience.
Necessary Always Enabled
Necessary cookies are absolutely essential for the website to function properly. This category only includes cookies that ensures basic functionalities and security features of the website. These cookies do not store any personal information.
Non-necessary
Any cookies that may not be particularly necessary for the website to function and is used specifically to collect user personal data via analytics, ads, other embedded contents are termed as non-necessary cookies. It is mandatory to procure user consent prior to running these cookies on your website.
SAVE & ACCEPT